When the Tenth Month Comes

Think of the Vietnam War in movies and you’ll probably think of the operatic chaos of a U.S. Army colonel’s descent into folly (Apocalypse Now), a study of the war’s psychological after-effects on the notion of American community (The Deer Hunter), the war as a coming-of-age story for an American boy (Platoon), or a meta-Vietnam War movie as much about its representation as about the war itself (Full Metal Jacket). If on closer inspection you don’t notice the glaring blind spot here, let’s hope that’s because you’ve seen more Vietnamese films than I have. Otherwise, yep, Vietnamese films about their perspective on this traumatic decade of bloodshed and human sacrifice have simply never made it to Western screens, for economic, technological or let’s be blunt outright political reasons. As film fans, most of us only ever got to see the American side of things, in which Vietnam, its people and culture, are the ‘Other’, not well understood, not fully humanised, and often just Viet Cong to be shot at.

It comes as an education to most of us to discover Vietnam had its own film industry and made films about the legacy of its decades of war. Before its switch to a market economy in 1986, Vietnam’s state subsidies triggered a revival of national cinema in the 1980s with a handful of films.  One of these was the sumptuous melodrama of sacrifice and grief, When the Tenth Month Comes. The Vietnamese film industry obviously did not have the same means that Hollywood did to make such overblown epics as Apocalypse Now, but by focusing on a war widow and consequences away from the battlefield, and by telling his story in gracious black-and-white cinematography (you could be forgiven for thinking the film was made in 1954 not 1984), Đặng Nhật Minh has made a poetic masterpiece. 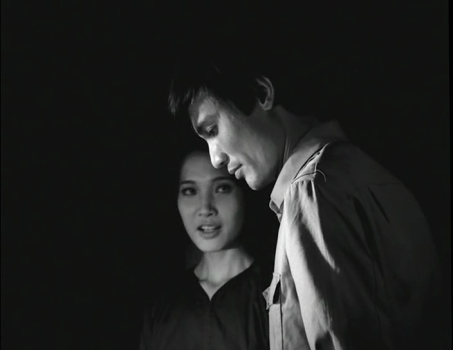 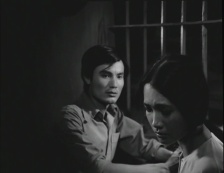 The action takes place in North Vietnam near the end of the war, roughly a decade before the film was made. Duyên (played by Lê Vân, iconic actress of the ‘80s Vietnamese cinema renaissance) is an actress in a theatrical troupe whose husband is away fighting on the front in South Vietnam. We first meet her returning home from what should have been a visit with her husband on leave — instead she is coming home with devastating news: her husband has been dead for a year, killed in action. What to do once she’s back home? What to tell her young son Tuan who idolises his father? What to tell her ailing father-in-law whose other son was already a casualty of war a few years prior? She decides to withhold the news, and to maintain the lie of her husband’s continued existence she even commissions local schoolteacher and amateur poet Khang to forge new letters from him which she can then show off to her family. Is it better to give people false hope with lies or to risk hurting them with a truth they are not ready to digest? 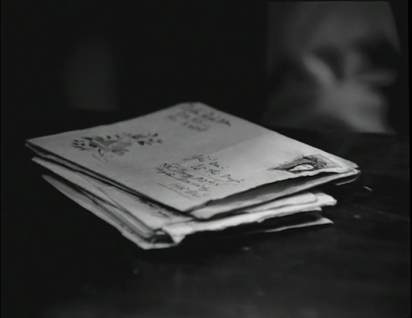 Maybe Duyên has to do this for the sake of the community. Communities in such distress, with sacrifices in every family, need hope and strength to rebuild themselves, just like the one in The Deer Hunter needs something to believe in so it can go on. But Duyên is also doing this for herself, and this is where the film transcends mere weepie territory to reach the distilled peaks of High Melodrama. Her pain is universal, her sacrifice not heroic but human, her sense of duty not free of emotions, her fate tragic but relatable. There is nothing in the world Duyên wants more than for her lie to be true, for her husband to be here again, for the letters penned by Khang, her surrogate husband-by-ink, to be real. As for Khang, after being privy to her secret he has fallen in unrequited love for the beautiful widow. There’s no character in this film who doesn’t have their share of sorrow. 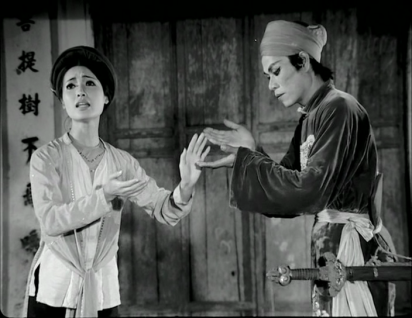 Technically and stylistically it’s a subdued film, although the compositions are always just right, the mise-en-scene in scenes between Khang and Duyên depict their entrapment well, and Minh allows himself the very occasional expressionistic flourish. But thematically and culturally it reveals extreme riches. The idea of performance runs deep across the film: Duyên puts on a brave face for her son and father-in-law, Khang’s fake letters have a performative element to them, and a soldier pretends to be a dying man’s son to afford him some final moments of peace. Everyone has to come together and perform their regenerative duty for the nation — perform in every sense. But it is Duyên’s performance with her troupe in a Chèo show (a traditional folk theatre in North Vietnam that goes back centuries) that comes to mirror life most harrowingly. Her role as a wife saying goodbye to her beloved husband about to leave for the front is too close to home, and after a few minutes of affording us a glimpse into the music and dance of this traditional Vietnamese artform, she breaks down and runs off-stage.

Somewhere in the middle of the movie, another scene again conveys the poignancy of grief while being steeped in the folk traditions of Vietnamese culture. Duyên sees a vision of her husband in a ghost market her grandmother told her about as a child in which, on the 15th day of the 7th lunar month, dead souls are temporarily pardoned and offered a brief meeting with their living loved ones. Minh gives us no obvious transition signs when entering the ghost-world (apart from a tinny ethereal voice the ghosts speak with), so the fact Duyên internalised this old folk tale could very well mean this desperately hoped-for reunion with her deceased husband is all in her head.  At the same time, this scene is also a painfully poignant moment of magic-realism with culturally Vietnamese details that local audiences would notice. All around Duyên and her husband’s ghost are other casualties of the many wars Vietnam has fought, differentiated by the various costumes worn. Lanterns float on the nearby river, representing the souls the dead shall shortly be reunited with when visiting hours close.

Duyên’s husband consoles his emotional widow: “I would like to see the living be happy”. There is the sense that he would not begrudge her happiness with Khang, but life is not so easy and Duyên herself clearly is not ready to move on, not ready for what she would see as a ‘betrayal’, she is still in the denial stage. (And if this reunion really is in her head, there is then also the sense that it is her repressed emotions verbalising this wish through a projected vision of her husband’s ghost). So it is Khang who must move on, transferred to a different school, fated to use the heart-grief of his impossible love to write more of his poems like the one the film’s title is taken from:

When the Tenth Month Comes, indebted to Vietnamese folk culture and beliefs while also dealing with collective bereavement, must have provided an immense feeling of catharsis for local audiences at a time when the consequences of the war were still in memory’s sight. The personal and the national merge, both in need of renewed life and love. The final shots are of tears across a face, flags flying over Tuan’s school: a reunion of despair and hope, of past and future, spelling out the joint dilemmas of individuals and the nation alike in hesitantly rebuilding a present built on so much grief. For us today, as rhetoric of warmongering towards foreign countries unfamiliar to the western public at large continues to hold sway, it should seem all the sadder that we do not have a film culture where When the Tenth Month Comes can rightly sit alongside The Deer Hunter, be just as canonised, just as accessible and just as understood.

When the Tenth Month Comes can be viewed on youtube here.