“I see technology as being an extension of the human body.”

“I think of horror films as art, as films of confrontation. Films that make you confront aspects of your own life that are difficult to face. Just because you’re making a horror film doesn’t mean you can’t make an artful film.”

Movement(s): The revival of state-sponsored Canadian cinema in the 1970s, ‘Body horror’.

Traits: Visceral themes of the relationship between technology, the human body, the power of the mind and violence. Drug addiction, psychosexual deviancies and automobiles are recurring motifs in the Cronenbergian universe. In the 1970s and ’80s, he revived sci-fi and horror genre conventions with unsettling, modernist elements. Has an interest in psychology and often in adapting ‘difficult’, seemingly unfilmable novels by authors such as Ballard, Burroughs or DeLillo. 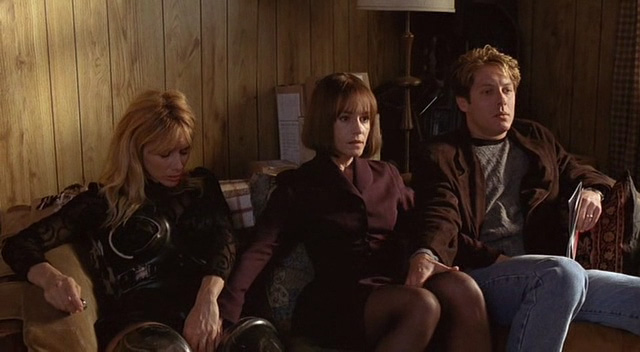 “Vaughan died yesterday in his last car-crash”. Thus begins J.G. Ballard’s infamous techno-sexual dystopian novel Crash, in a line which recalls the opening of Albert Camus’ L’étranger (“Mother died today”). The connection between Camus and Crash is doubly apt, firstly because the characters populating this book’s enclosed world spend their time on absurdist searches for meaning (searching in very strange places indeed…), and secondly because of course Camus famously died in a car crash in 1960 — referred to in the book though not the film. And so Ballard’s novel comes about, the story of a “nightmare marriage between sex and technology”, in the writer’s own words, where potentially deadly machines, sexual impulses and celebrity culture mesh to provide a twisted, subversive snapshot of ‘homo technologicus’ in the post-WWII epoch — which Ballard saw, quite simply, as a new era for humanity.

This was the baggage Cronenberg was inheriting with his adaptation of Ballard’s novel — and I can make no apologies for referring heavily to Ballard in this film review, for the author is inextricably connected with this work, to the point where he invested the lead protagonist with his own name. Cronenberg, a faithful and serial adaptor of novels that seemed unadaptable (The Naked Lunch, Cosmopolis), did not after all rename him David C. For all the Cronenbergian elements that are present in the film, any hope of understanding this work rests on unlocking its literary source. That said, Cronenberg seems a natural choice for the material (and one which the writer was delighted with), having excavated themes that were Ballardian since his early experimental films, while clinging onto disturbing investigations of human body and technology even in his more ‘mainstream’ work.

Cronenberg’s film may fall short of the shock value of Ballard’s novel and its unsettlingly sensuous cocktail of sweat, blood, petrol and semen, but what it does get right is the obsession with abstracted surfaces and gloss. Arabesques of shiny car chassis dominate the visuals until the twisted sense of their being similar to the curves of a body is just about imaginable. Almost all scenes take place in the nondescript spaces of airports, hospitals, carparks, flyovers and ubiquitous highways, underscored by an excellent Howard Shore score of steel guitar twangs that go nowhere, which stand in well for Ballard’s uncanny version of an imaginary West London. Ballard himself was pleased with Cronenberg’s decision to shoot the film in Toronto, a city which he saw as a bland, characterless sprawl. It works as (barely) a caricature for a postmodern world where metropolises and their glossy high-rises are inevitably an instantiation of transnational capital flow, in which the image of things are always at least as valuable as the things themselves — a world which Ballard was extremely prescient about. In a world like this no wonder our characters seem oddly dehumanised into abstract, closed-off obsessives.

The claustrophobic abstractness of the novel is recreated via the small clustered cast, centering around a married couple, James Ballard and wife, two cold, clinical characters, underplayed deliberately by James Spader and Deborah Kara Unger, whose lives seem to orbit around equally cold and clinical sex. In need of something more to get their kicks, fate intervenes through the husband’s car-crash with medic Holly Hunter. This proves a revelatory experience for all concerned, and they are soon enticed into a world of carcrash fetishisation by the pied piper Vaughan, incarnated by a breathy Elias Koteas, seemingly near orgasm every time he caresses an automobile with a history of violence. Post-crash, both Spader and Hunter have the sensation of there being more traffic, as if this experience has hyper-sensitised them, made them see in a new light the (slightly insane when one pauses to think about it) notion of metallic boxes throttling together at 100 mph on motorways. This is far more developed in the novel, which creates a sense of the hyper-reality these characters live in, as if the cars are not quite real anymore — the weird dislocation someone today might get when going out in their actual car onto actual streets after three hours of playing Grand Theft Auto or some racing video game on their giant screen at home.

The world first envisioned by Ballard, and re-imagined by Cronenberg, then, is one where the opening up of ‘reality’ into new hyper-real and un-real realms has unrestrained human desires. As Antonioni once put it, ‘Eros is sick’, and in Crash, that is all too evident. These characters have a sexually-driven death-wish and already from their ‘pop art’ pastiches of real-life celebrity crashes (James Dean, Jayne Mansfield), we know they’re on a collision course with a dead-end, physically and emotionally. But Cronenberg does not moralise, he simply shows. Ballard, it could be argued, had an ambivalent relationship with the world he depicted in Crash, partly subtly critical and pessimistic of a world where the pleasure principle was the only driving force, but also (like the hypothetical observer of a roadside car crash who cannot look away) strangely obsessed with the unrestrictedness of this world and fascinated with where it might lead next. Incidentally, and since we brought him up, there is a similar ambivalence in Antonioni’s films of alienation, where he is both showing the industrial-technological landscapes surrounding him to be the cause of modern man’s malady, but at the same time is aesthetically in love with their alien beauty (see Red Desert especially). (November 2017)