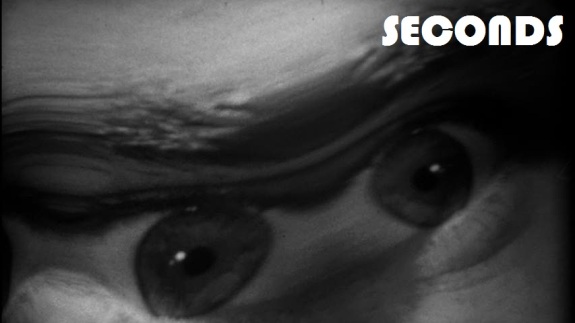 ‘First Impressions’  looks at some of the most memorable opening scenes and the way they win our attention, make us interested, set the tone for what’s to come, and even provide us with a strategy for how the film should be watched. This time we dissect the first impressions made by one of the great films about second chances.

Looking at the first five minutes of Seconds, released in 1966 and directed by John Frankenheimer, gives us a chance to look at how a film’s opening can provide a barometer for how we experience and feel our way through the rest of it. In this case, we’re dealing with one of the most ominously unsettling and discomforting starts to a movie, setting the tone for a paranoid Faustian tale which remains one of the bleakest Hollywood releases of all time. I won’t give too much of the plot away — if you haven’t seen it yet, waste no further time! — since our focus here is how the film kicks off, but suffice to say this is a film about a middle-aged man facing a mid-life crisis who is offered (by some shady secret organisation) the chance to have a new face, a new identity, and a new life.

Of course, looking at Seconds also gives us a chance to admire the imagination of Saul Bass, legendary creator of opening titles sequences and film posters, who perfectly distilled the essence and mood of many a film right from the get-go. But whereas he usually relied on visually smart and snappy titles, drawing on his background as a graphic designer, for this movie his creation is both more minimalist and sinister. It all begins with Jerry Goldsmith’s score over a black screen, a dissonant chord and some electronic vibrations sounding like a shriller version of the Twilight Zone theme, or maybe like the sound effect of a UFO’s beam re-imagined by a modernist composer. So far, so worrying. Then, photographic distortions and mutations invade the frame. Shapes swirl over the screen, and we don’t yet know what exactly we’re looking at. Suddenly they morph into a close-up of an eye. Not that recognising what we see lowers the anxiety levels, for the eye itself seems restless, fearful, glancing left to right, up and down, trapped within the frame and soon distorted once again. It bends and curves, like elastic, the eye becomes elongated, undulates into contorted patterns, even doubles on itself.

Strident strings and baroque organ have now added themselves to Goldsmith’s menacing potpourri of a score. Soon, a mouth and an eye get Saul Bass’ same distorting treatment, melting them like Dalí’s clocks. An ear whirls into an indistinguishable blurry mess; a nose is split-screened alongside another of those nervously peeking eyeballs in a ghoulish Cubist composition. We’re on unstable ground here, physically as well as psychologically, everything is constantly shifting out of our eye’s grasp, something so familiar as a face seeming grotesque and monstrous. Not only have we been thrust into a darkly unstable atmosphere, but without us yet knowing it the tone has been set for an exploration of the plasticity not only of the face itself, but of what face most represents: identity. Here it must be pointed out that, in a strange coincidence, Seconds fits with two other films also released in 1966, in exploring the role of the face as mask and as identity: Hiroshi Teshigahara’s The Face of Another and Ingmar Bergman’s Persona. Seconds, with its sci-fi leanings, will prove to be closer to the former rather than the more metaphysical latter, but nonetheless all three films share the sense of the face as a mask, as a persona that entraps us and that we cannot ever fully escape. 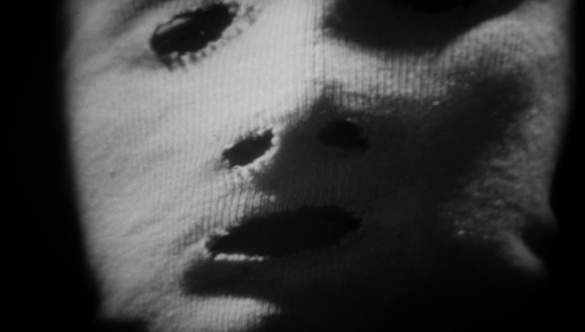 As Bass’ titles reach their crescendo, Goldsmith’s score surges into a full-blown orchestra of Gothic lament, and a bandaged face stares back at us on the screen. It could be straight out of a classic horror film like The Mummy, were it not for the modernist inflections dominating the score. Slowly the camera tracks-in to this anonymous bandaged face, closer and closer to its mouth, which seems to be moving beneath its dressing. Is it trying to speak? To tell us something? To plead for help? Or for mercy perhaps? All these distortion effects may seem very complicated but they are actually done through rather simple photographic tricks — you may get a somewhat similar effect if you accidentally move a page you’re scanning or photocopying. Bass and his wife Elaine worked with photographs of a human face on aluminium sheets, which they then manipulated and distorted with a lens. They thus tampered with the human physiognomy just like the shady organisation of the film will do.

But we’re not out of the woods yet. In a mix of distortion and dissolve, that bandaged face somehow turns into a high-angle, extreme long-shot over Grand Central train station in New York City. The music is replaced by the slow trickling of the crowds and barely audible speaker announcements. We cut straight to an oddly framed shot, of a man waiting in the main hall of the station, but showing only the top half of his head — again the film’s images are toying with faces. Then, abruptly, a zoom shot picks out one random stranger among the crowd. We can guess, the lens has picked him out for a reason, this is our man and he will be relevant to the narrative. A middle-aged looking fellow, dressed like a businessman and buying himself a newspaper from the stand. But no time to ponder on his character, as we’re right back in the POV of the first, half-faced, man, following him as he follows our man. As he trails behind, the camera is attached to his body (like Harvey Keitel’s drunk scene in Scorsese’s Mean Streets), giving an eerie stillness to his body as it moves through the train station, on the tail of our man, and as footsteps reverberate on the soundtrack. 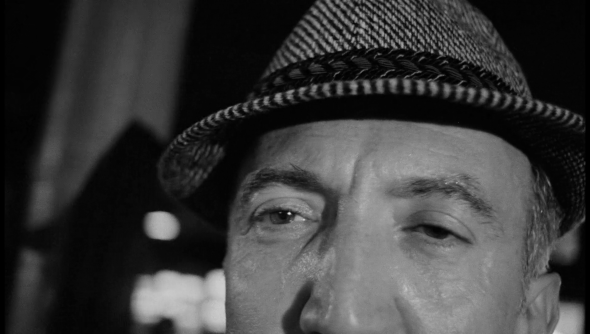 Frankenheimer was a technically-minded filmmaker, not just working with the most skilled collaborators (Bass, Goldsmith, legendary cinematographer James Wong Howe who does some of his finest work on this film) but also making the most of technological advances available to him. Lighter camera models that could now be strapped to the actor’s shoulders, but also faster film stock allowing more darkness to seep in, and new fish-eye lenses distorting the train station in an echo of Bass’ titles. All creating an Expressionistic nightmarish opening, bathing us in paranoia — Frankenheimer did after all make the disturbingly prophetic The Manchurian Candidate in 1963, which gave birth to the whole genre of paranoid thrillers that the New Hollywood excelled at in the 1970s. By the time the stalker finally catches up with our man, we fear the worst of his intentions. As encounters between two strangers in train stations go, this has more the potential for unholy consequences seen in Hitchcock’s Strangers on a Train (incidentally we’ll later find out that tennis also plays a supporting role in Seconds as it did in the Hitchcock) than, say, Brief Encounter. 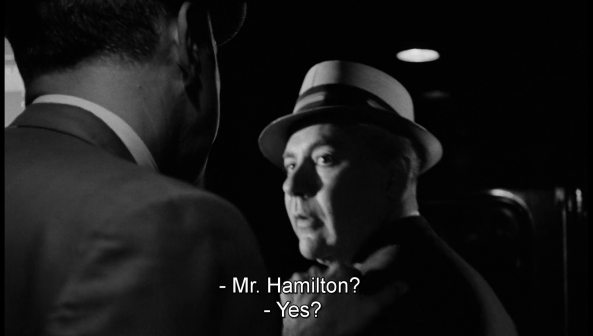 Finally, the first words are spoken. The pursuer reaches his prey (our man is named Mr. Hamilton we learn), and anticlimactically forces a mysterious scrap of paper into his hand, before slipping off the train and disappearing back into anonymity. His face will remain never fully visible to us; he has set the ball rolling on the sorry fate of our Hamilton, and is only the stand-in for what we will eventually discover to be a nefarious organisation, precursor of similarly shady entities in Pakula‘s The Parallax View or Fincher’s The Game. Seconds is not quite a thriller like those films, but its intangible, unstable atmosphere of dread certainly influenced many.

These opening five minutes put us right into that mood, primed to receive any forthcoming images with sinister connotations. Unsurprisingly, it was not a box office success — what a bitter pill, a painful distorting mirror to look into, it must have been for a 1966 audience, not yet used to the probing critiques of more reflective 1970s Hollywood films. Seconds ends in bleak fashion, reminding us of F. Scott Fitzgerald’s quip that “American lives have no second acts”, and finding nothing but a vacuum at the centre of the materialism of the American dream. But it starts in an unforgettable array of Expressionist visual pyrotechnics. It now has had its reputation restored, beyond a ‘film maudit’, into a genuine cult classic whose lineage in film history is evident. Hamilton may not have had much of a second chance, but thankfully the dark, twisted tale of his fate has come back stronger.