“I certainly believe happiness exists, if only by the simple fact that it can be destroyed.”

“I always wanted my characters to be more than ciphers for the failings of their world. And I never had to look too hard to find a part of myself in them.“

Traits:  Known for his 1950s Hollywood melodramas, largely ignored at the time but now regarded to be artistically and intellectually subversive critiques of American society, bathed in a strong visual sense and expressionistic artifice (such as the deliberate use of gaudy Technicolor). Although Sirk came from an avant-garde theatre background in Germany, he is now seen as an artist who managed to make the most of his work under a commercial system in the land of his exile, and can be considered one of the great chroniclers of 1950s America. 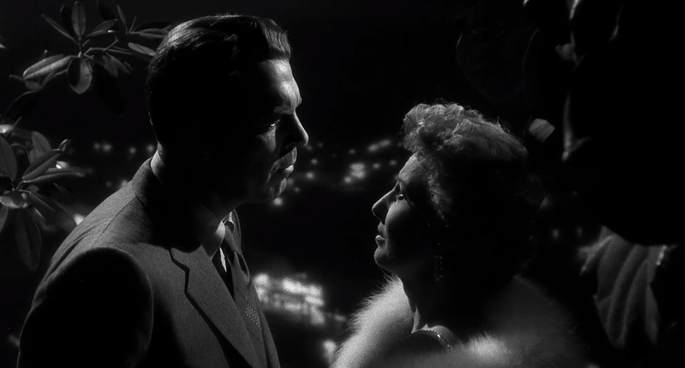 Douglas Sirk’s There’s Always Tomorrow opens with a ‘Welcome to Sunny California’ sign amid pouring rain. It then steps into a toy-making workshop, a place you might naively assume to be a wonderland of fun and joy. And yet the man who runs and owns it, Clifford Groves (Fred MacMurray), is a deeply dissatisfied fellow about to face a mid-life crisis. Had this film been made 10 years later, Clifford would have been a perfect customer for the new lease of life sold by the shadowy organisation in John Frankenheimer’s Seconds. Instead he’ll have to make do with Sirkian irony rather than Faustian pact.

Clifford seems to have all a man could wish for: a successful job and company, a wife he’s been with two decades, three healthy children, a suburban bourgeois home. But there’s no linear formula for happiness, and the niggling feeling that something is lacking in him will only grow. This man who has spent so long making kids happy with toys is now precisely sick of nobody repaying the favour. When he buys two tickets to the theatre for his wife’s birthday, she only demurs by asking doesn’t he know that this night was their youngest’s ballet recital? No luck getting the older two children to accompany him, or even the maid. Nobody has time for him and he finds himself alone in this house which Sirk and cinematographer Russell Metty render as no more than a luxurious prison, filming Clifford in isolating oblique angles apart from his family, and always finding shots of some kind of grid suggesting a cage or a trap. The house can be full of people and yet someone can feel so alone inside it. 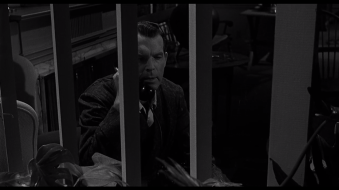 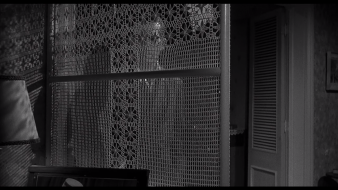 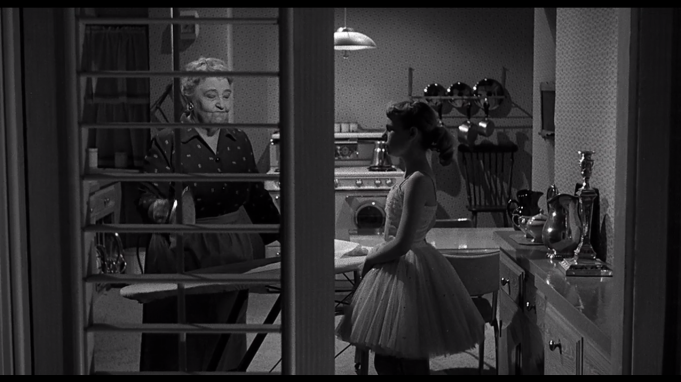 Then suddenly, a chance knock on the door (which Clifford would not even have been there to open had someone gone with him to the theatre) brings back memories of youth, of 20 years ago: an old flame, Norma Miller (Barbara Stanwyck), who happened to be visiting town from New York. The two catch up, roll back the years, ending up at his office where Norma once used to work. He shows her their newest toy sensation: a robot who walks and talks when you wind it up. “The kids will love it!” Norma says enthusiastically. Another irony: the robot is symbolic of Clifford’s life at this stage and his kids don’t exactly love him but take him for granted. A music box plays ‘Blue Moon’, their recurring theme across the movie, as shadows of criss-crossing beams project onto the wall behind them. For both, the possibility of an affair remains unspoken but is tangibly in the air, as an opportunity to regain youth and escape from the banality of routine and loneliness. 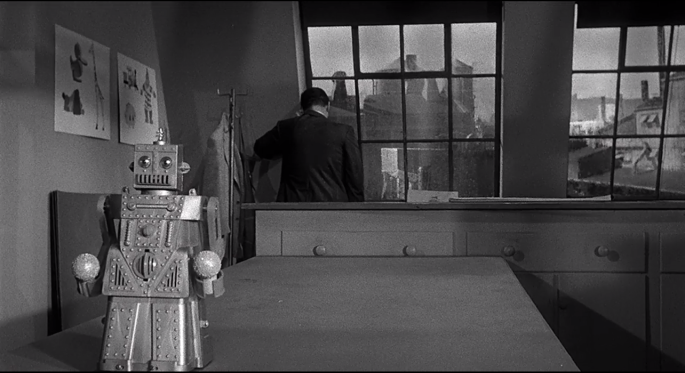 Sirk, ever the realist (or cynic depending on your mileage), knows this opportunity to be an illusion. Even if Norma and Clifford could pick up where they left off 20 years ago, there’s no guarantees that a new start would not lead to the same destination: Norma’s ironic envy towards the home and family life of Clifford’s wife being a tell-tale case in point. And anyway there’s something wider at play. The grid motifs are formed by the very objects of materialism (the modern commodities that flooded the consumer markets in the 1950s) that the Groves family and other suburbanites bought along with the dream of suburban freedom: staircase banisters, a garden trellis, bedroom partitions, mesh curtains, etc. These amassed possessions have ironically turned out to be a prison all along, boxing Clifford into a rigidly constricting definition of life that he now feels helplessly suffocated by.

We might raise an eyebrow now at the fact that a white middle-aged male is shown as the victim of this factory-line living that was 1950s suburbia, knowing in reality that it was far more likely to be women who felt trapped by its domesticity and African-Americans who were prevented by the suburban real estate mogul William Levitt from buying his houses. But this is tempered by the fact Sirk dealt with the issues of gender and race in other films. In There’s Always Tomorrow his egalitarian streak shows that even if you’re white and male you still can fall victim to the system, and the film works particularly because of MacMurray’s performance as a rather sweet and thoughtful man. (How different both he and Stanwyck are from their iconic duo a decade earlier in Double Indemnity and what a great bit of meta-casting.)

As for Sirk, for all the irony, he really makes us feel and believe these people’s lives, their regrets, their paths taken and not taken. Their lives are mapped across a constellation of conflicting wants and needs — in the end they get neither what they think they want nor what they truly need. And yet life must go on — this film is perhaps the closest Sirk gets to Ozu or Naruse, but still with all his trademark expressionistic lack of restraint and biting visual symbolism. (June 2018)